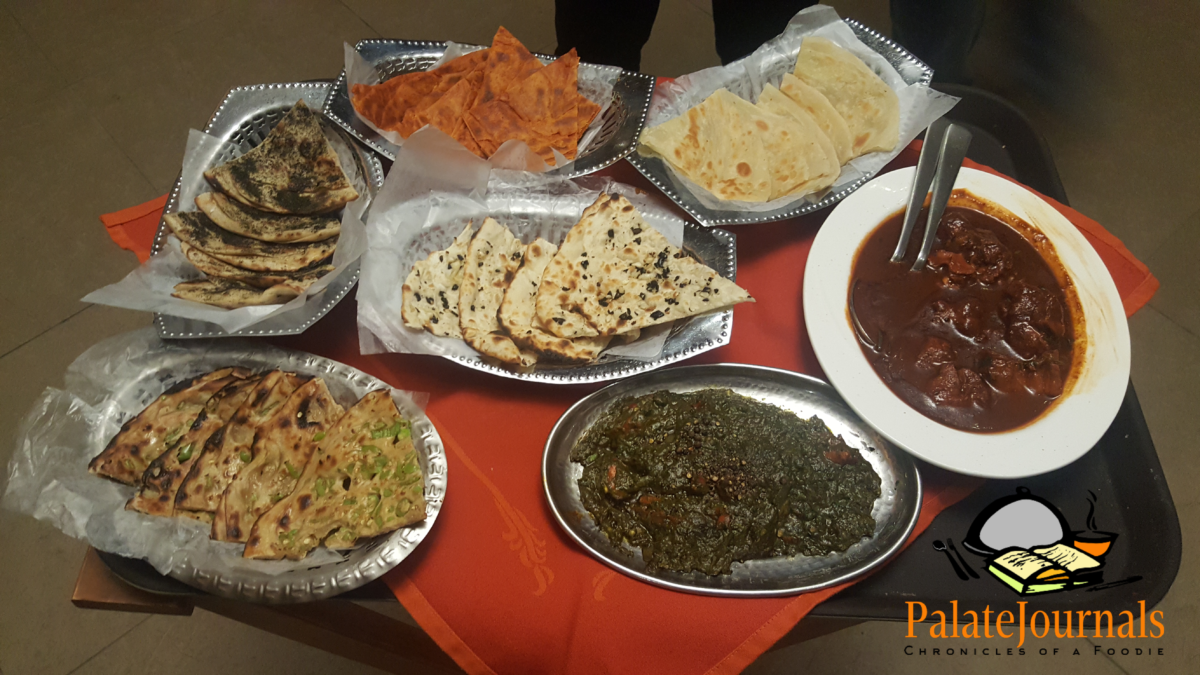 Ambiance: A nice elaborate setup which can be expected out of any BJN food franchise  with nicely done up interiors , a giant elephant statue on the entrance, 3 flaming charcoals LED display and 3 PDR’s whose focus was aimed to attract the corporate crowd of Hitec and Gachibowli and their for private dining. During our time there I had noticed 3 corporate groups of 10+ members each busy chitchatting and catching up on team lunches. 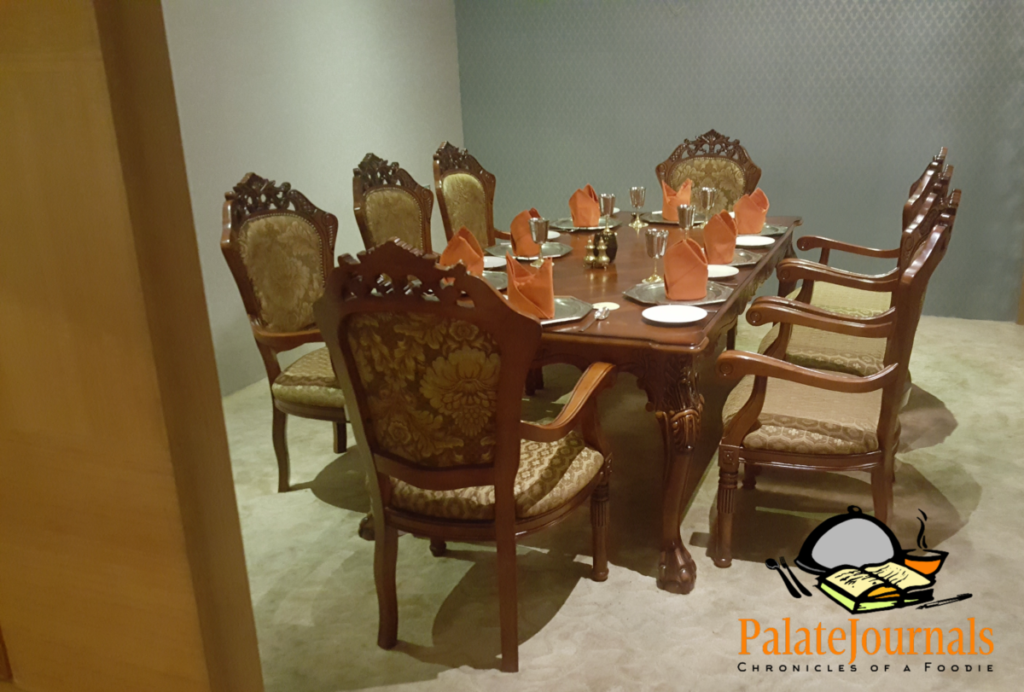 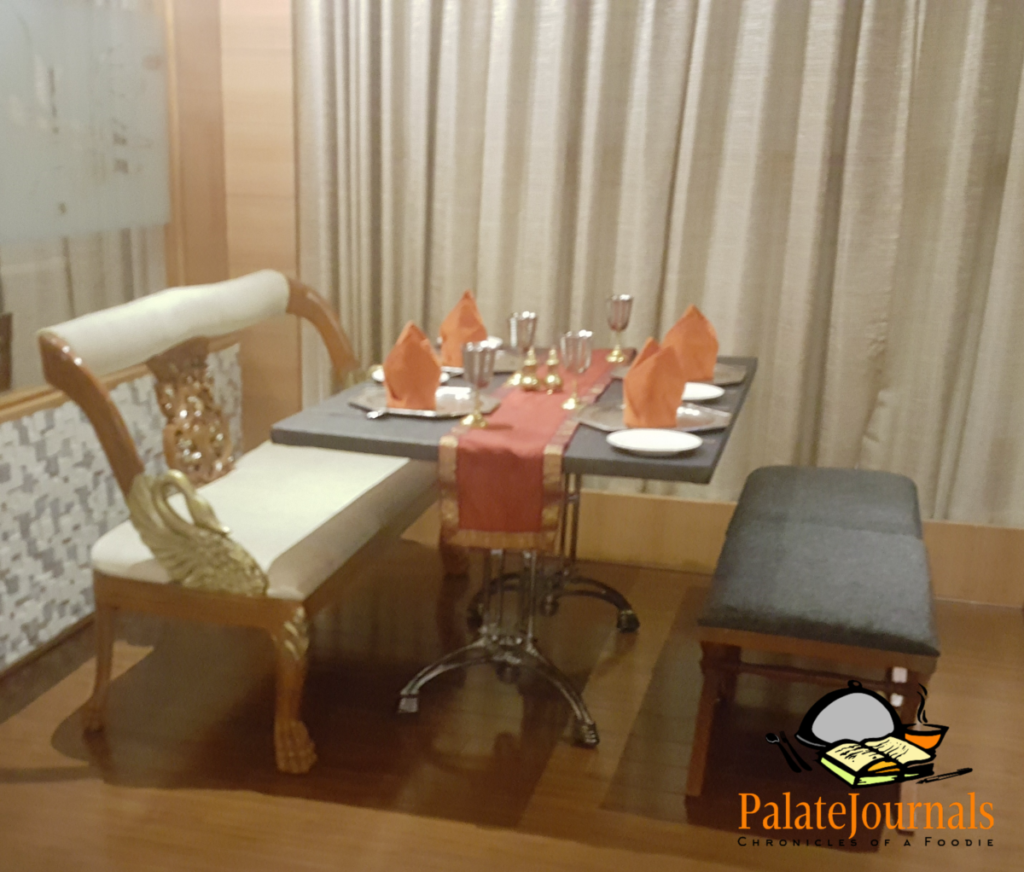 Food: 4 fellow foodies gathered along with me on a Thursday lunch as we had received rave reviews from others about the food. What followed was a roller coaster ride in terms of taste

What happened? Read on…. To know more

The first thing that I look and order when I visit a restaurant is the mocktails, Order one immediately and then leisurely look at the starters and main course while they get you your drink. Here I was hugely disappointed 3 mocktails on the menu and all of them turned out to be below expectations

Apple Pineapple ka Panna – Tasted like Panipuri water, made me doubt as to what exactly was served 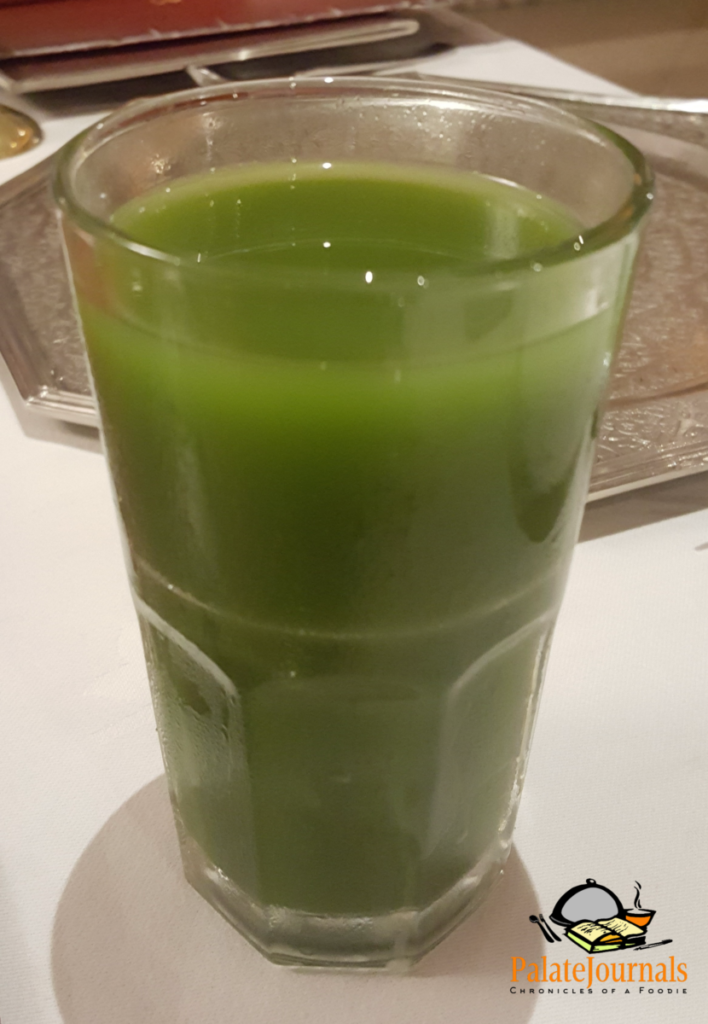 Badam Thandai – Almost no taste of badam more of saffron, so strong that it was overpowering everything else, couldn’t finish the glass and I was using it as a palate cleanser between dishes 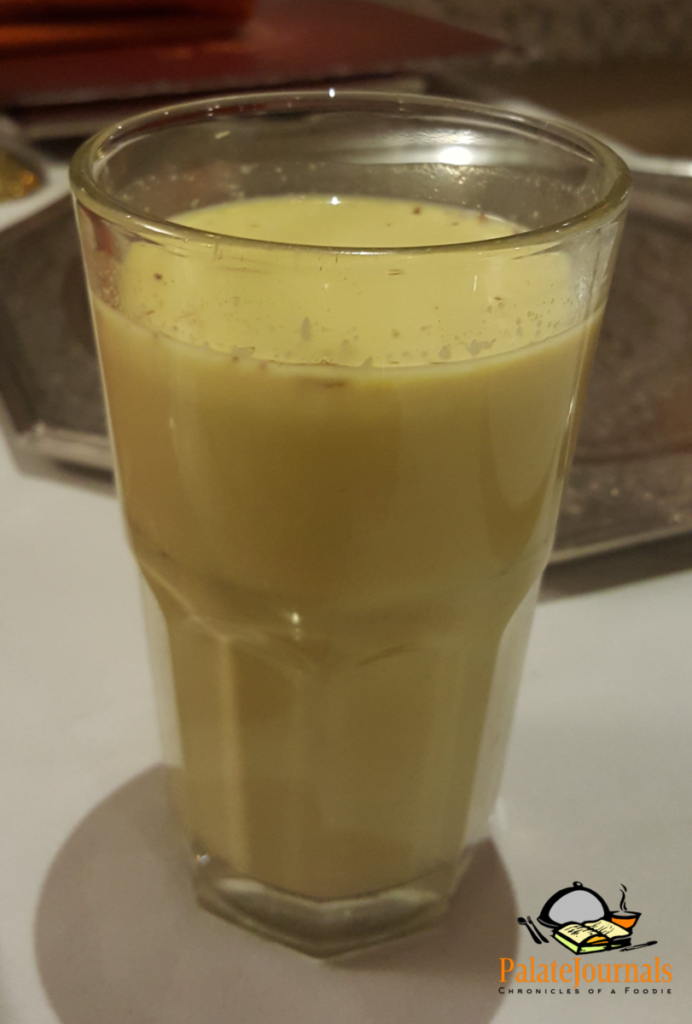 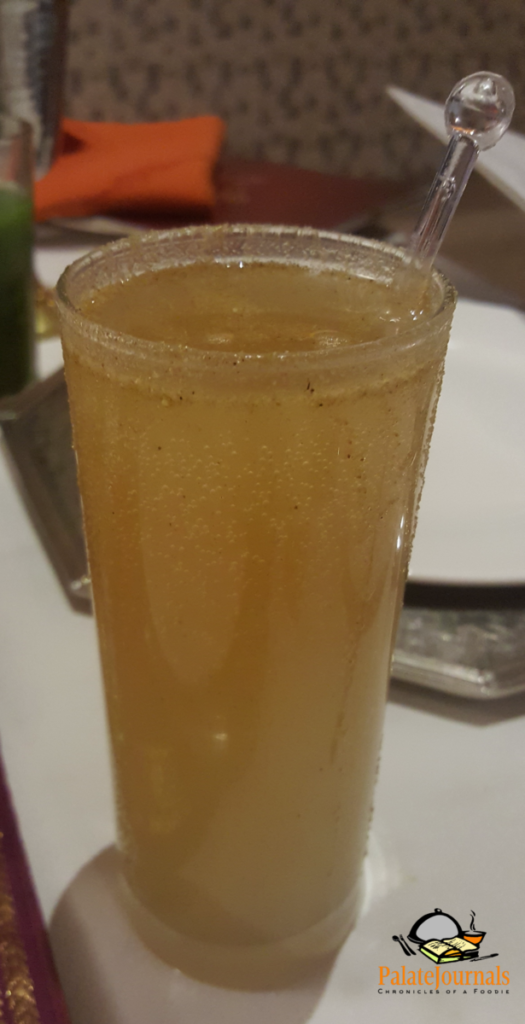 If the start of the lunch was this poor, the expectations for the remainder of the meal looked dismal

Moving on to the Starters:

Malai prawns were decent in taste, a little overdone as there were charred at few places but still tasty. I found it to be expensive for such a small quantity Rs.490 for 6-7 pieces (size of the prawns was small and the ingredients in use are not that expensive to warrant that price) 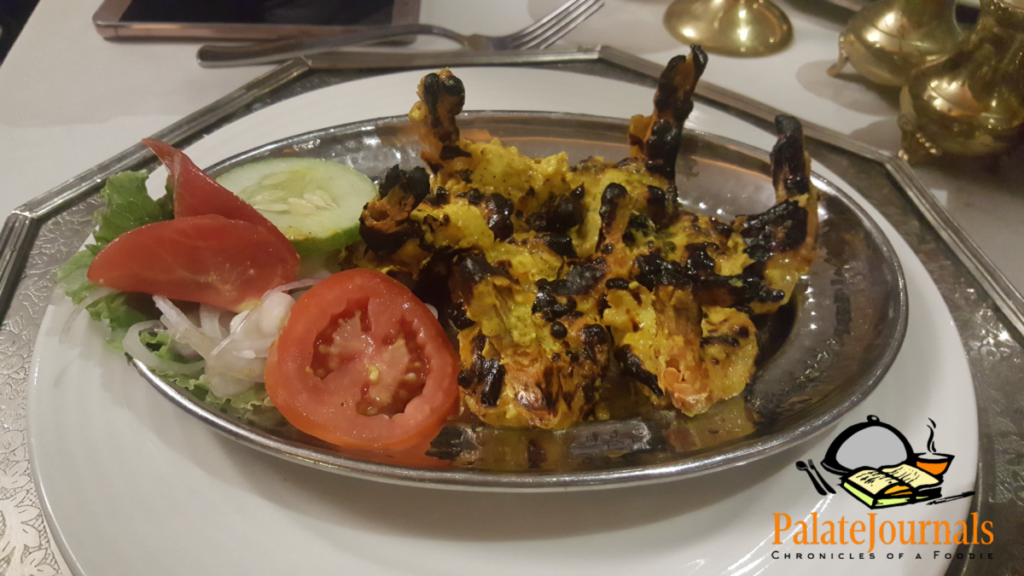 Lal Mirch ka Teekha Tikka was supposed to be spicy just by the name itself and it was anything but spicy, the chicken appeared to have been just taken out of cold storage and made in a hurry as the chicken didn’t thaw properly and was watery when cut

Tunde Kebab was a disappointment; the slight crispiness of the outer portion was not there as it wasn’t grilled/barbecued properly. The meat was soft no doubt but so finely done and without or less of a binding compound made it break into smaller pieces and difficult to eat 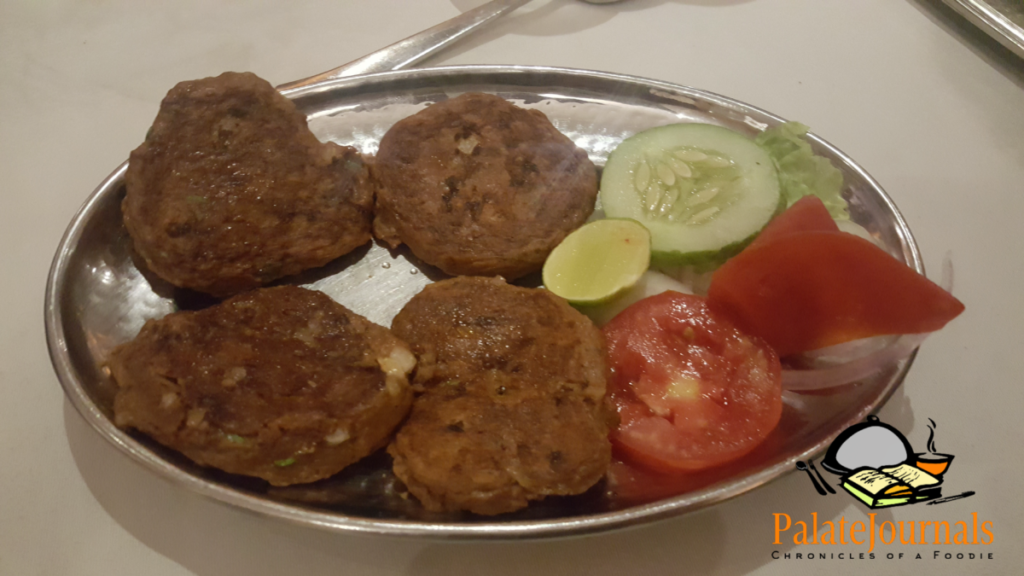 For the Main course we ordered Rogan Josh & Murgh kali mirchi ka tikka masala along with assortment of breads. Rogan josh turned out to be much better than I had hoped going by the poor starters we had few minutes back, Murgh kali mirchi was nice and flavorful as well. Both of them fared well with the Hari Mirchi ka Paratha (My Fav of the lot) , Pudina Paratha, Garlic Naan, Malai Paratha, Burani Paratha 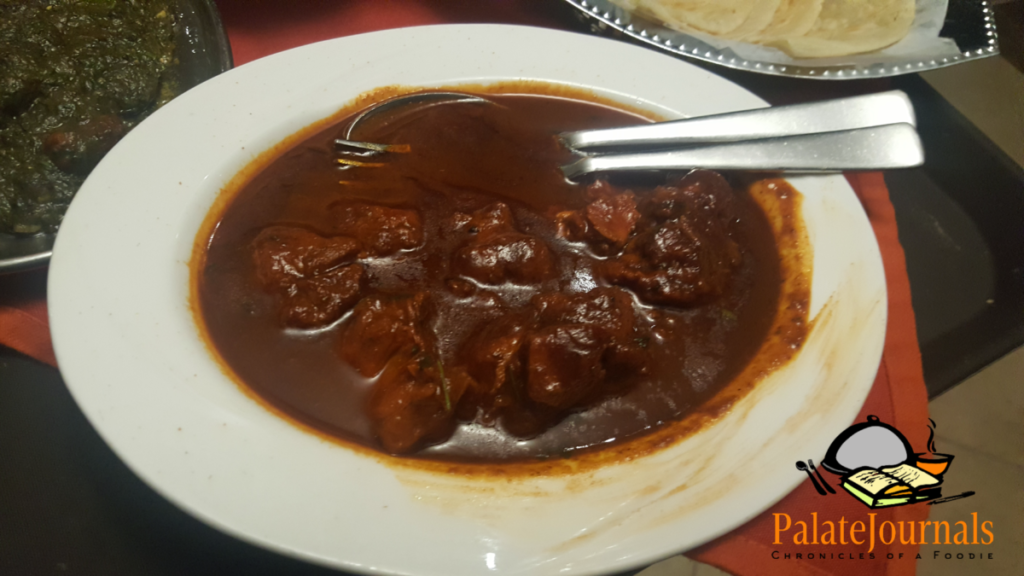 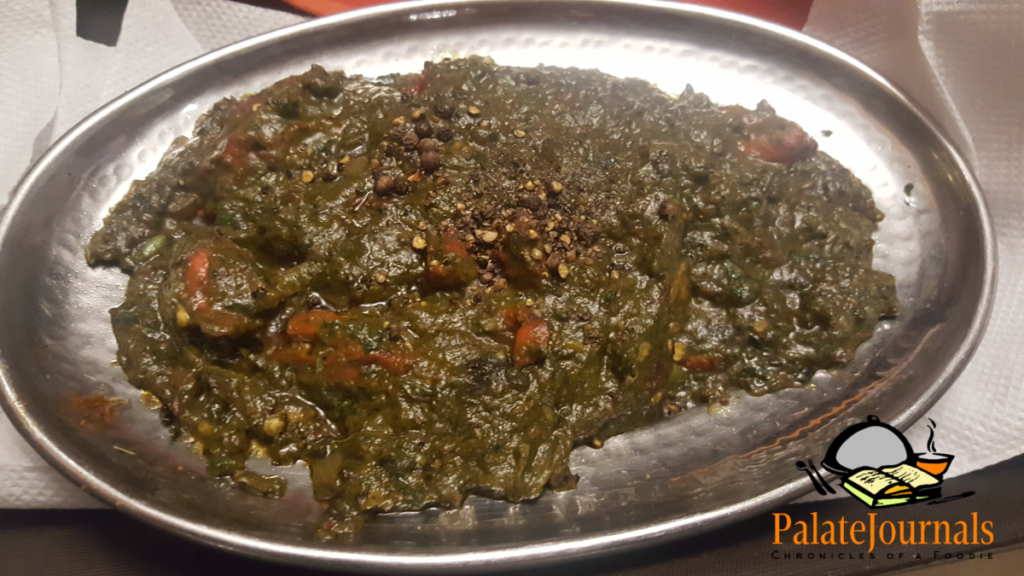 Meal is not complete without some rice so ordered for Murgh Parat Biryani which was cooked and served in Parat (Vessel) , chicken pieces were well marinated and the rice was flavorful, it didn’t require any accompaniments 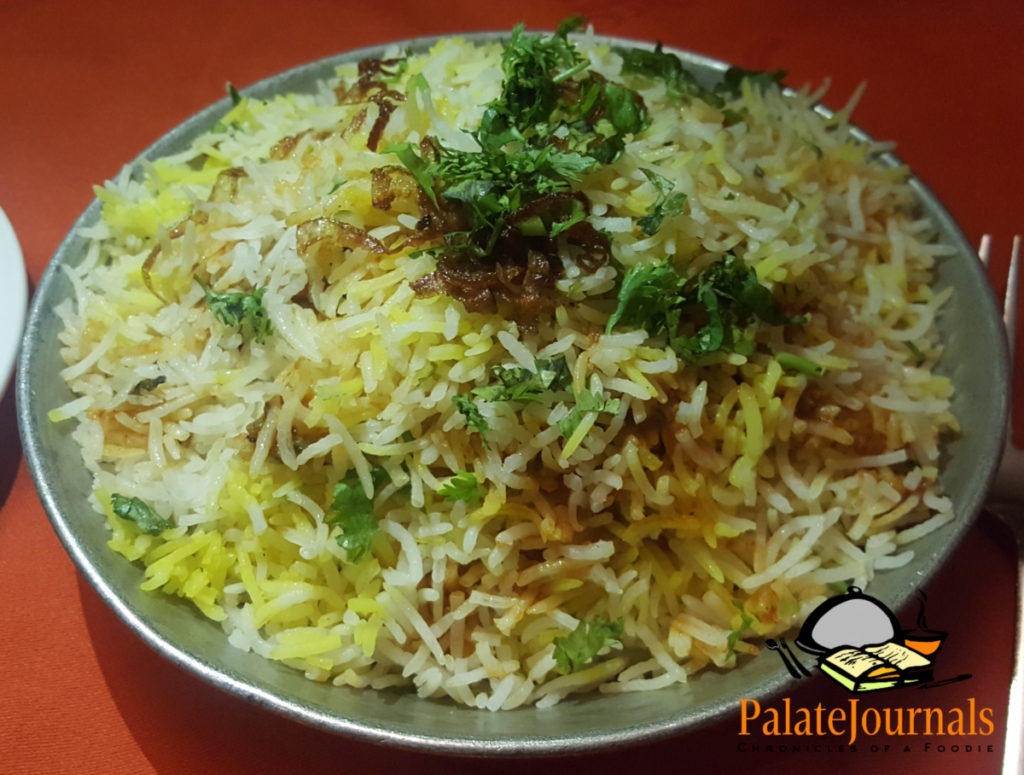 We were not that interested in Desserts when we were informed that Malai Kulfi was not available, we ordered Litchi ke tehri and it didn’t hit the right notes on the taste and sweetness front so we decided not to experiment anymore. 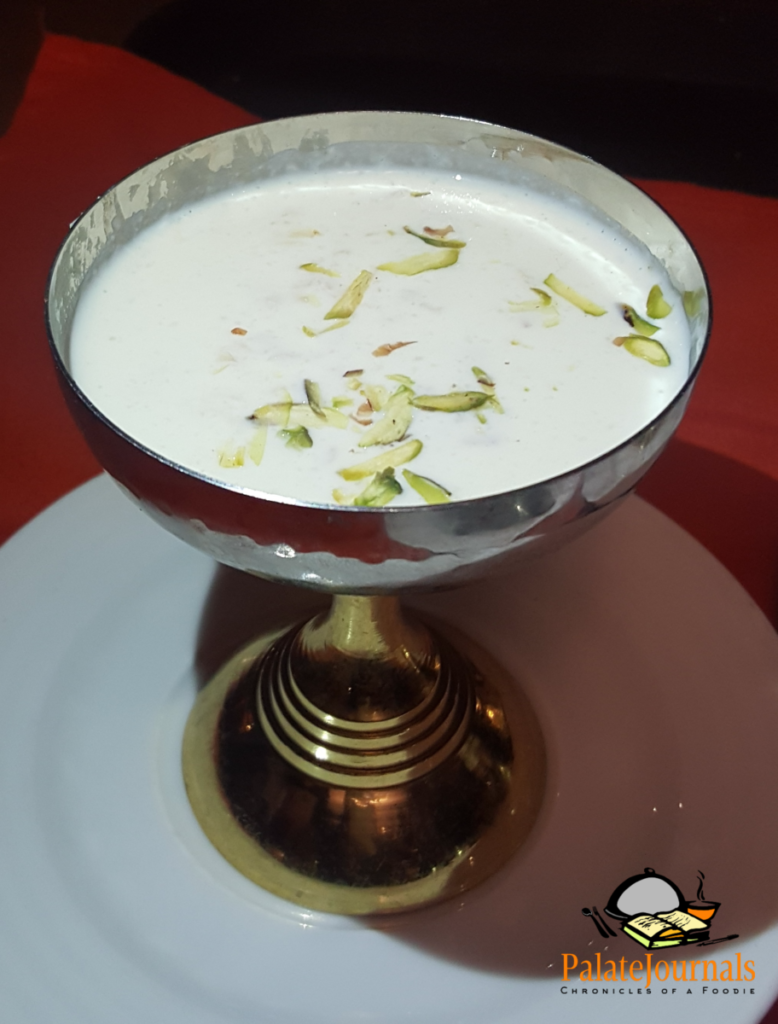 The manager insisted that we try single portions of the remaining desserts that they had in stock.

Gajar ka halwa scored top points as it was tasty with just the right amount of sweetness, followed by Qubani ka meetha which had nice and sweet apricots, Gulab Jamun for a change turned out to be good as well 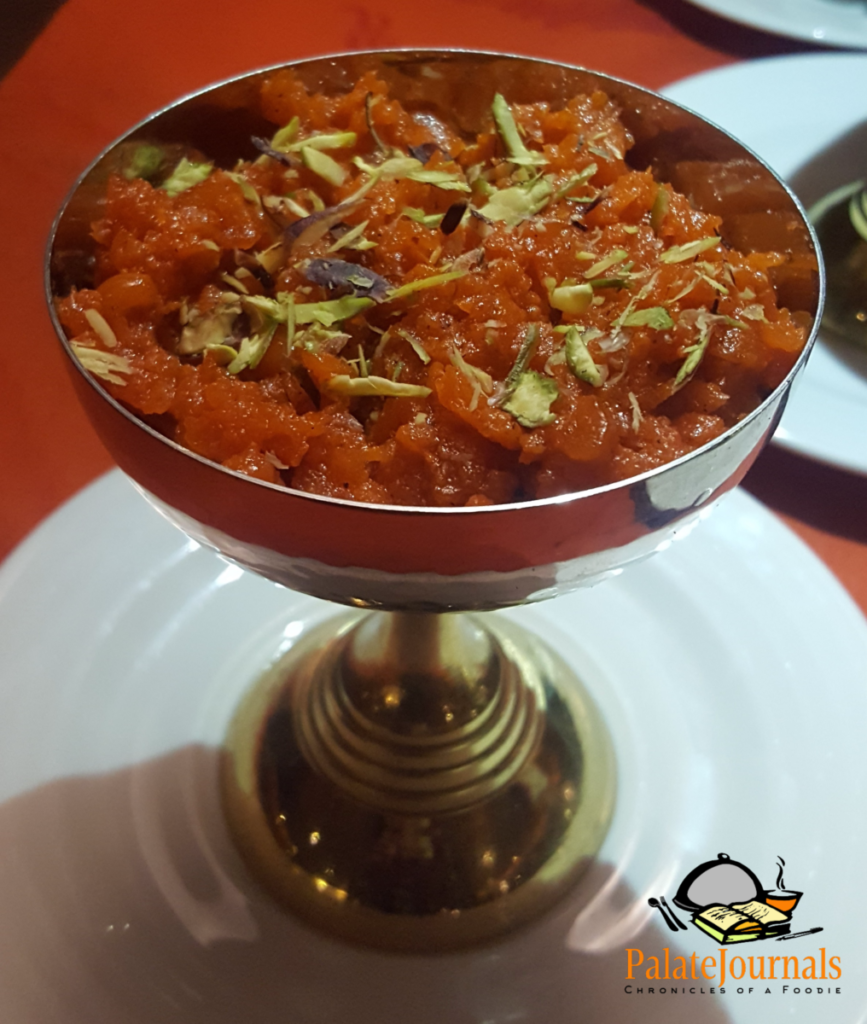 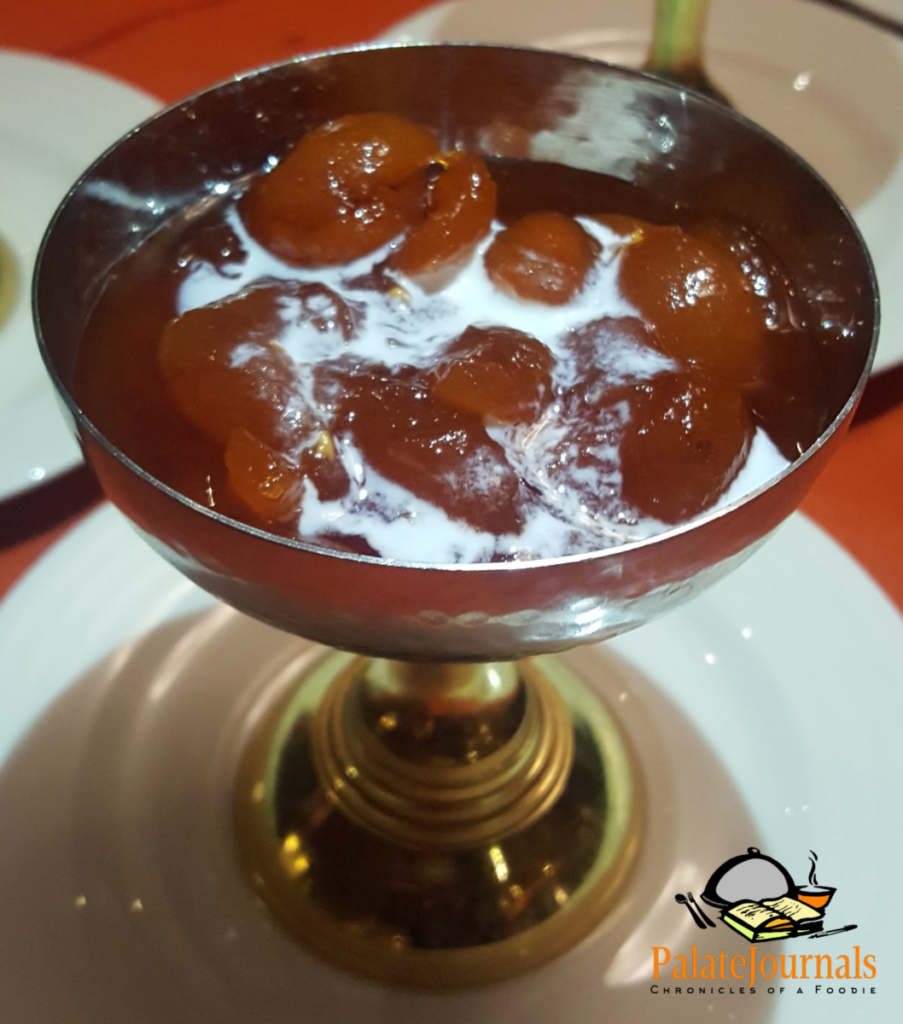 Overall Verdict: Less options in mocktails , Average/Bad Starters followed by Good Main Course and Desserts failed to garner any promote ability from me. 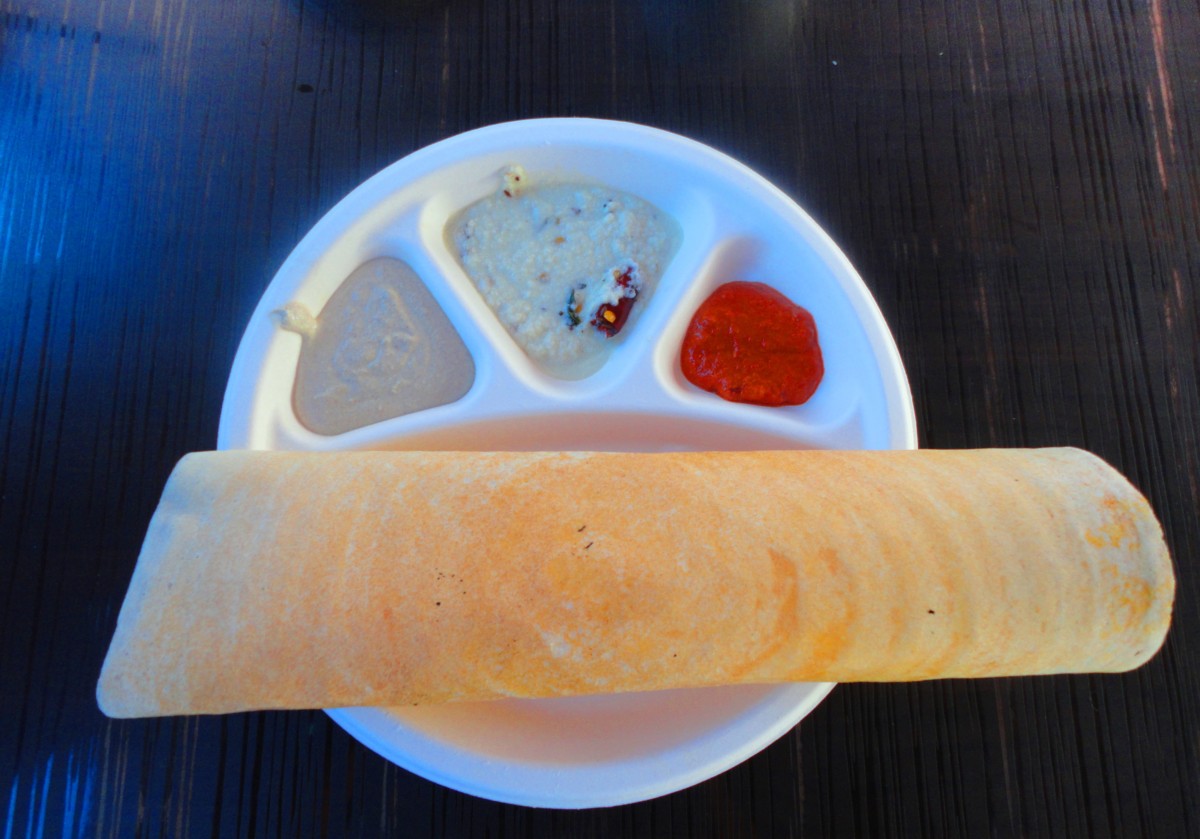 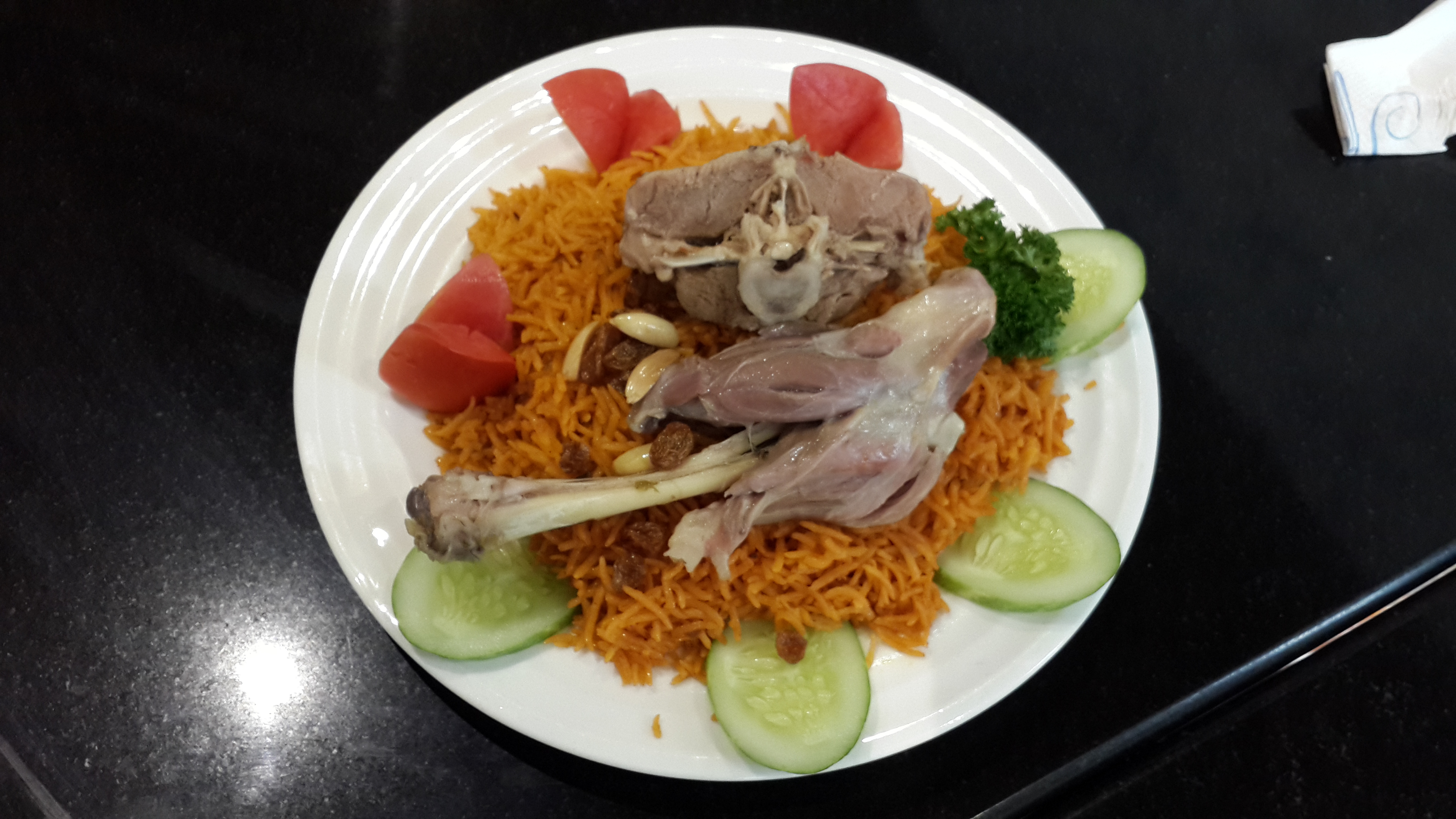