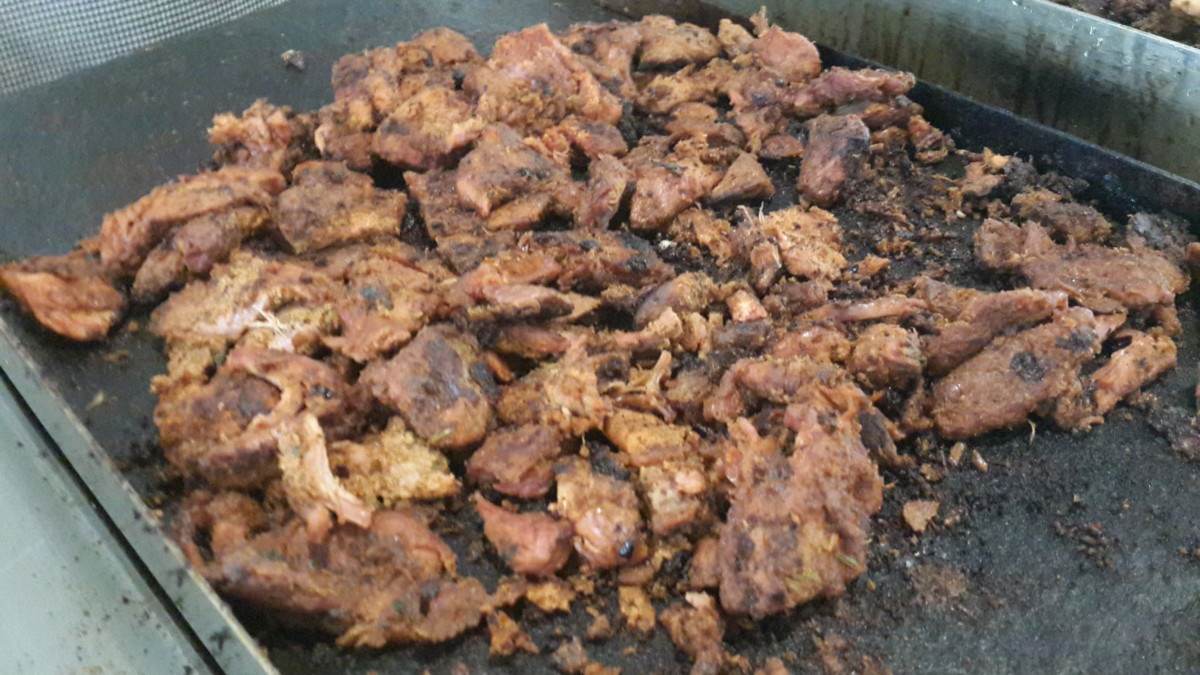 When you talk about Hyderabadi cuisine first thing that pops up in our mind is Biryani, but there are many other popular dishes that the city of Nizam’s has to offer. Here is one tasty dish that most of you might have tried already:

“Patthar Ka Gosht” an Urdu name which when translated means Meat on Stone due to the preparation procedure of this dish.

Origins (Folklore): During one of the hunting expeditions the Nizam wanted to eat lamb and the royal cook didn’t have all the equipment handy to honor his request. To save his own skin he asked the royal guards to search and get him a flat mountain granite so that he can cook on it. The makeshift method worked and the Nizam liked the dish so much that it made to his table regularly after coming back from the hunt

Procedure: An unpolished thick granite stone is used and lots of hot charcoal placed beneath it, boneless meat ideally lamb which is marinated with ginger garlic paste, red chilli, turmeric, green chilli  and kept aside for 4-5 hours (addl. Papaya is used as a meat tenderizer and the margination process gets done in 15-20 minutes). The pieces of meat are placed on the slab when it is hot and allowed to cook until it is dry and slightly crisp

The uneven surface of the stone and the placement of the hot charcoal beneath have an effect on how the final dish would turn out. Application of ghee and knowing when to turn or flip the meat to ensure it is cooked properly is an art and very few restaurants in the city are adept at doing it.

Usage of Stone: The thickness of the stone slab makes a huge amount of difference in the cooking time as a thicker stone would take longer time to heat up and would require higher temperature to be maintained via charcoal & less cost effective. Thinner slabs take less time to heat up but they crack under higher heat conditions as most vendors use them for extended hours for business.
Most of the stones are procured from Rajasthan and Mumbai but few people prefer to import it from Arab countries as they don’t crack under extreme heat conditions. The stone in itself is quite heavy ranging from 15-20kgs to a whopping 50kgs as well.

Charcoal vs Gas based: Heating the stone via charcoal takes time and requires constant monitoring of temperature so that it doesn’t overheat and burn the meat. The slow cooking method is tasty as the meat is well cooked over a long period of time. Commercially, it is not viable for many restaurants as customers who want to have it don’t prefer to wait longer duration to get served.

Few places where they make it in the traditional way: 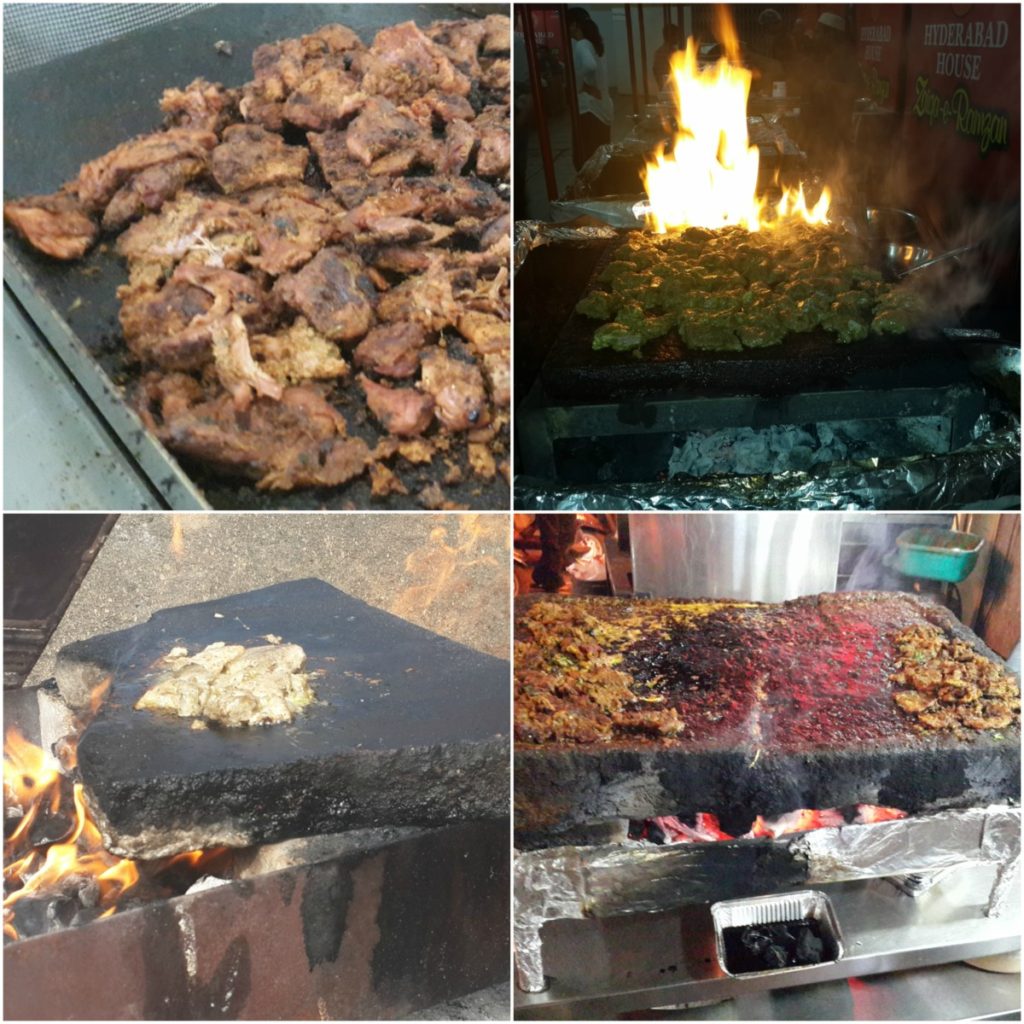