I always wanted to visit Jonathan’s Kitchen but due to few religious restrictions didn’t go there since they started their operations. Foodie group HOMP Hyd led by Javed Mohammed & Zubair chose Oct 2’nd for an event as it is a dry day and additionally requested the management to avoid serving any pork or beef items during the course of the event. Care was ensured in the kitchen so as to conform to the requirements mentioned by him.

For a place like Jonathan’s Kitchen which just started its operations in Jan’15 by Raashid Ali & having him at the helm is certainly praiseworthy for the excellent food that we got to savor during the event. 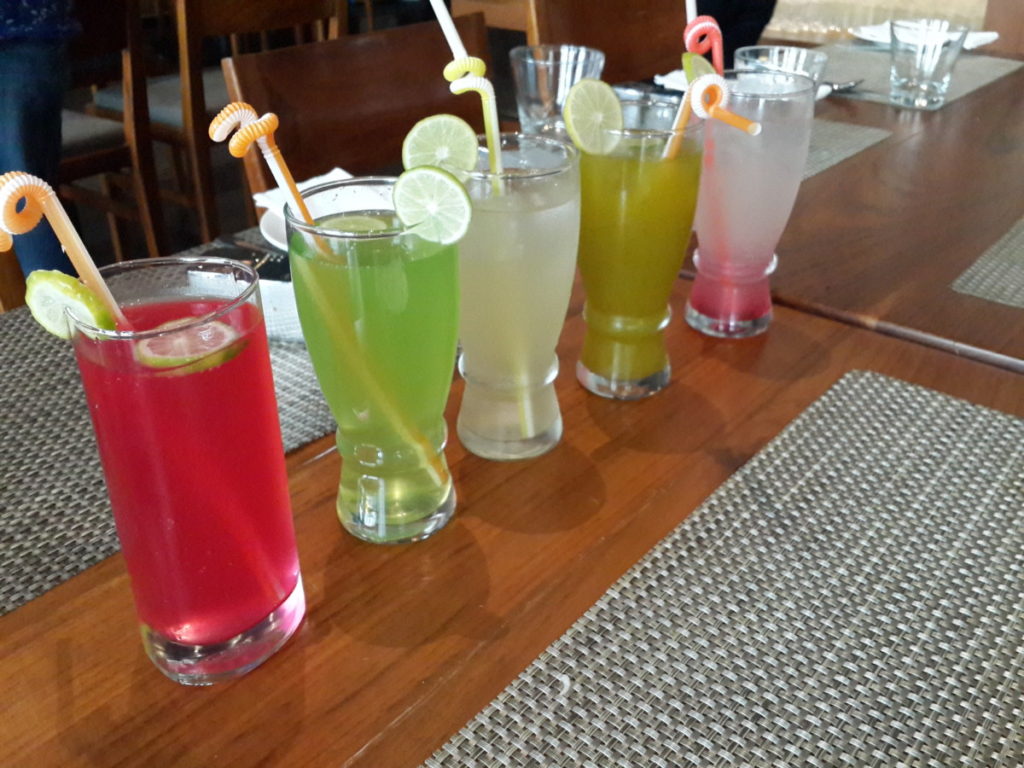 “The Leisure lunch” as the event title went had many of its members coming in after the stipulated time so the people who had come in early got to know one another over some tasty mock tails. Kiwi Kiss, Litchi Splash, Strawberry Passion, Aam Panna, Jal Jeera. For me the Kiwi Kiss stood out as it was flavorful and tasty

Starters followed where we first received a wide variety of Veg starters, we didn’t complain as we wanted to try all the dishes on the event menu.

Achari Paneer Tikka was good but it didn’t have any spiciness that I had hoped for, Falafel Kebab were nice, the crispy corn pepper salt was the better of the three Veg starters. 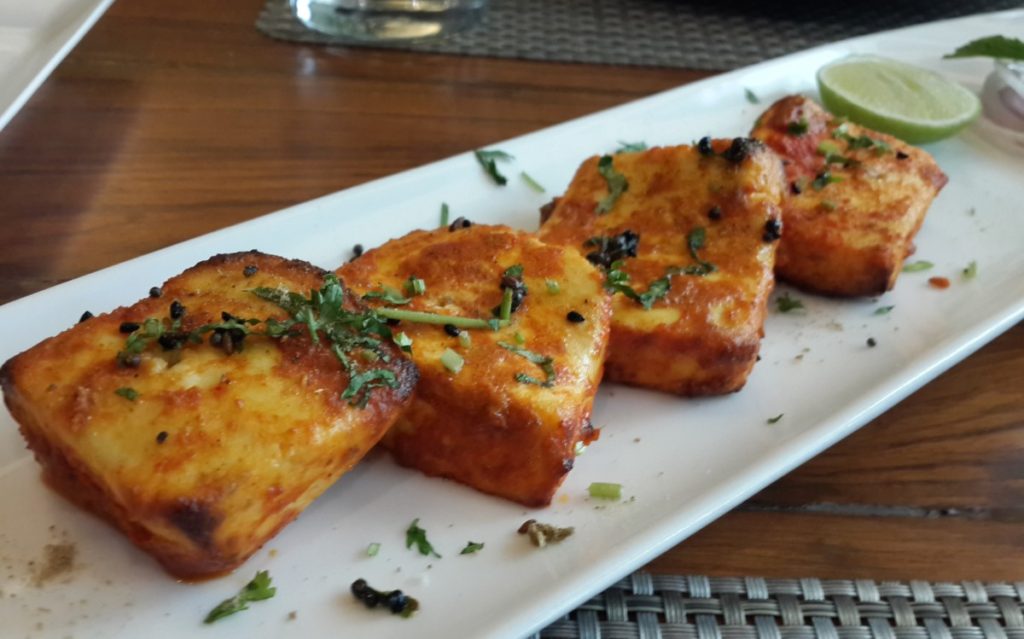 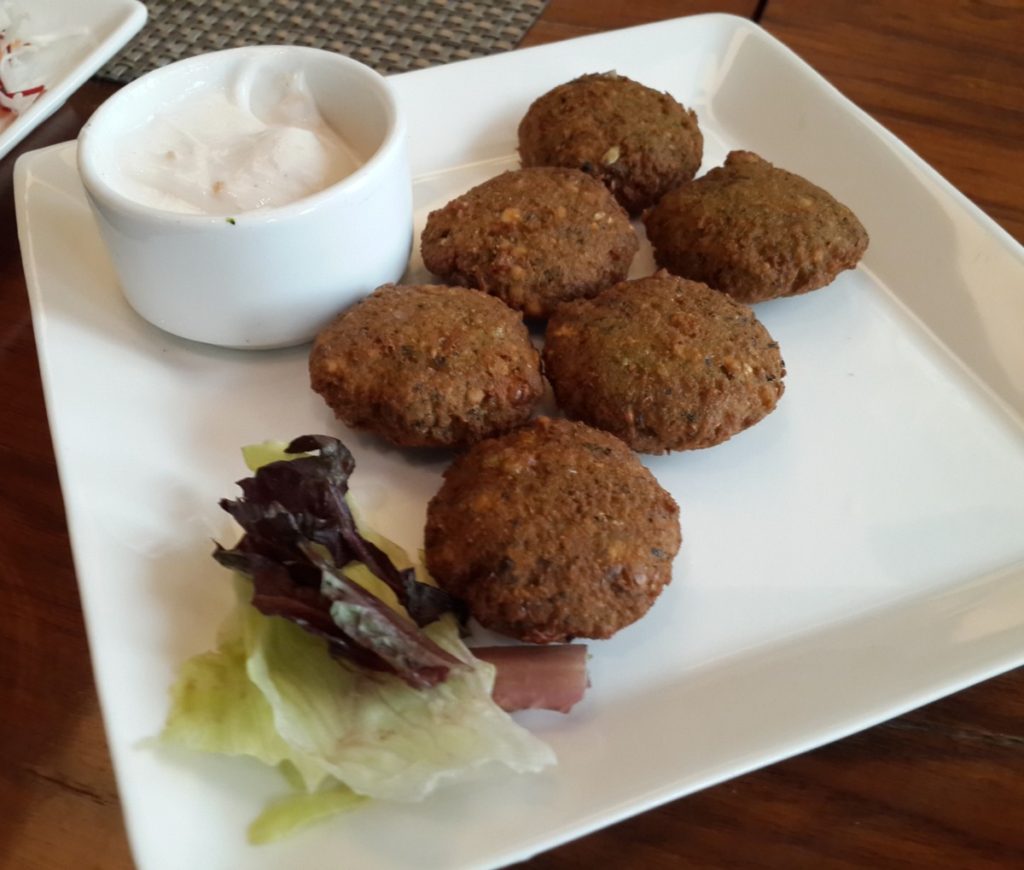 Non-veg starters had Nawabi Shikampuri , Satay Chicken and the Focaccia Al Pollo where all three were delicious but Nawabi Shikampuri stole the show for me. Repeated servings ensued till we were satisfied we had enough 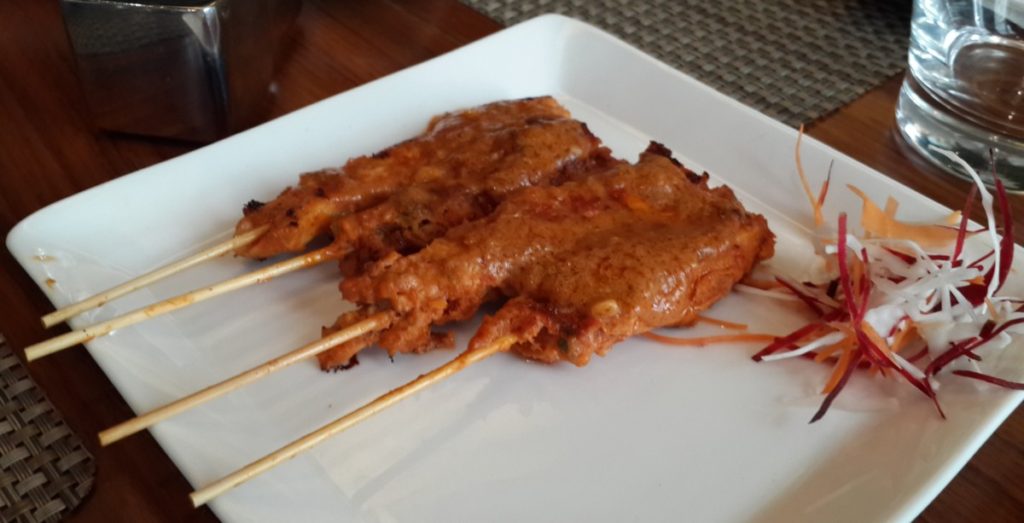 In the salad section we had the Ceaser salad (N.Veg) and the Insalata Roccola (Veg) where the former was the tastier of the two. Soups had Zucchini ala Parmigiana(Veg) & Tom Yum Goong (N.V) where I preferred the non veg version again. 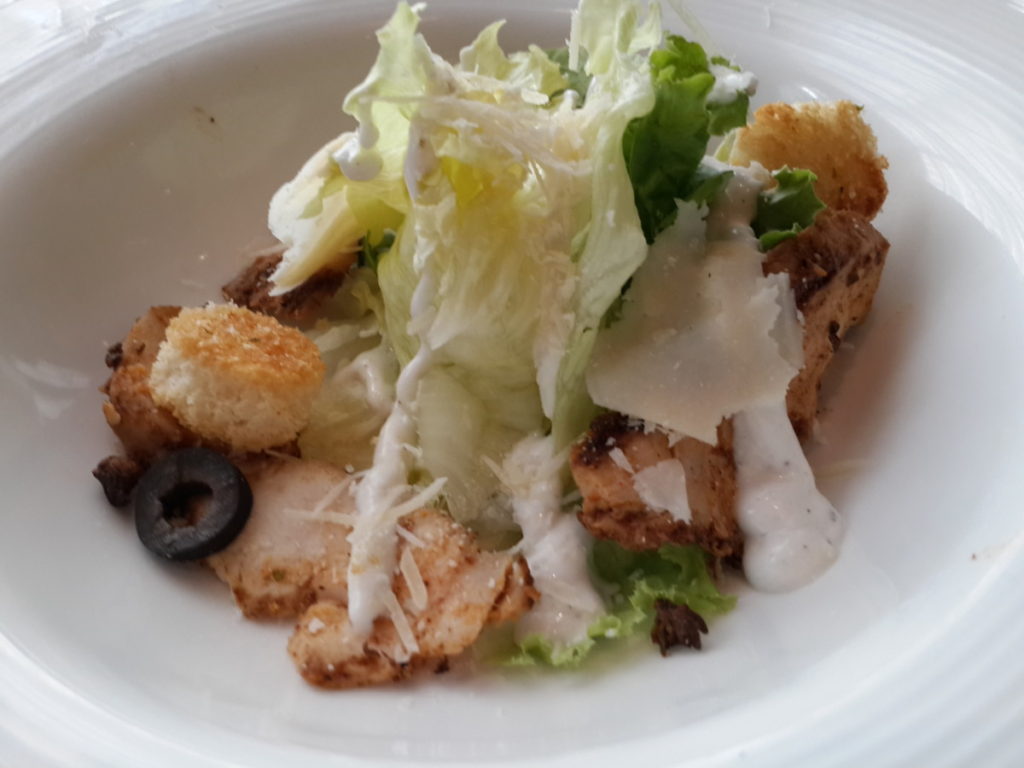 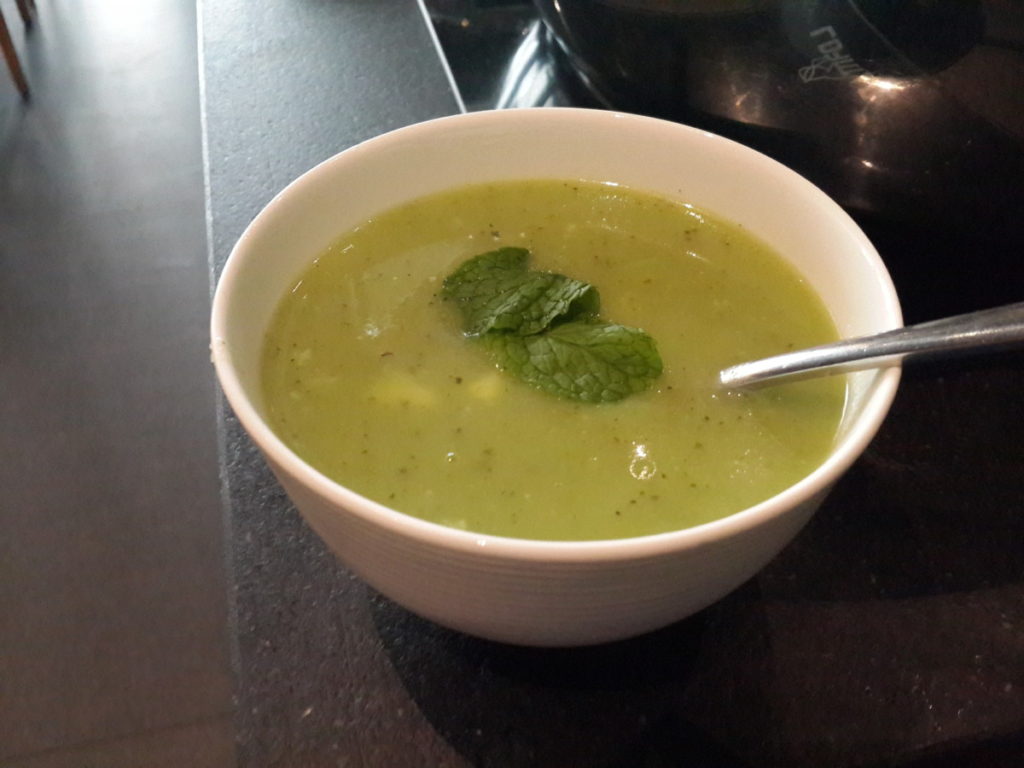 Gorging on the starters proved to be an hindrance as I couldn’t touch the Veg main course except trying out 2 slices of their Margarita Pizza.

The Non Veg main course boasted of Penne Alfredo, Spring Chicken, Thai Red Curry , Chicken Burger, Mutton Biryani. All the 5 items turned out to be good where Spring chicken was the best as it was soft and juicy when it was piping hot, picture sessions along with having the entire main course present at the same time made the dish cold and less tasty later, no fault of the management in any way. Biryani is something which majority of the high end outlets falter on & fortunately it was better than what I had expected. Notable mention for the Thai red curry as well which was tasty but I would have preferred to have it with fried rice 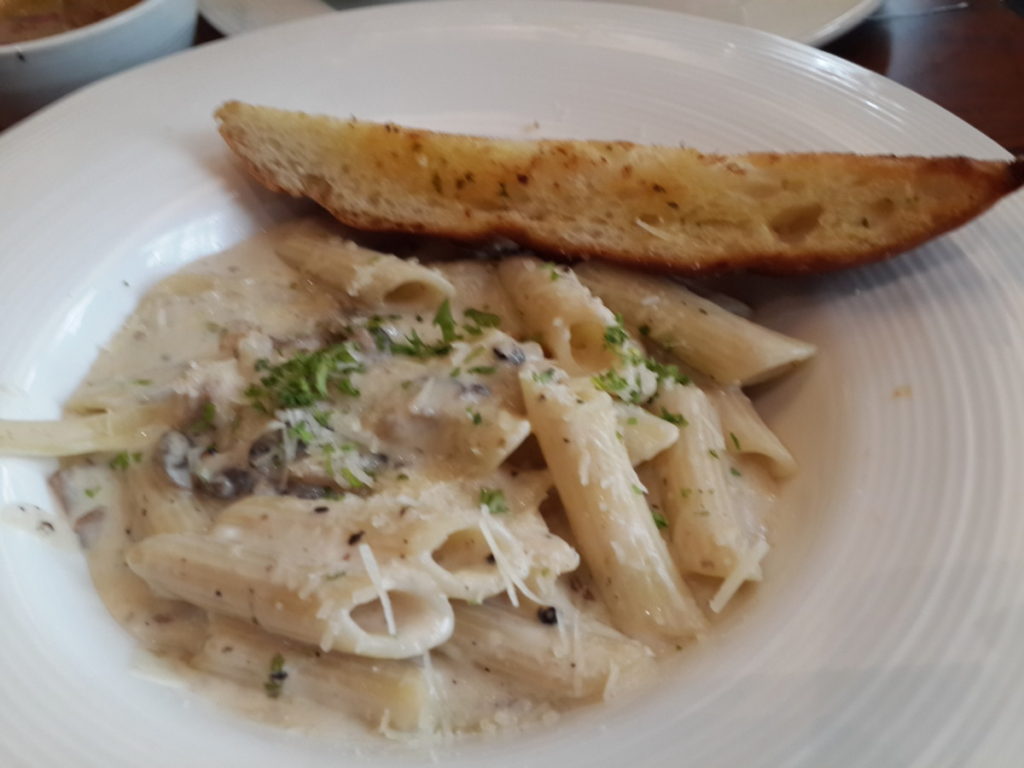 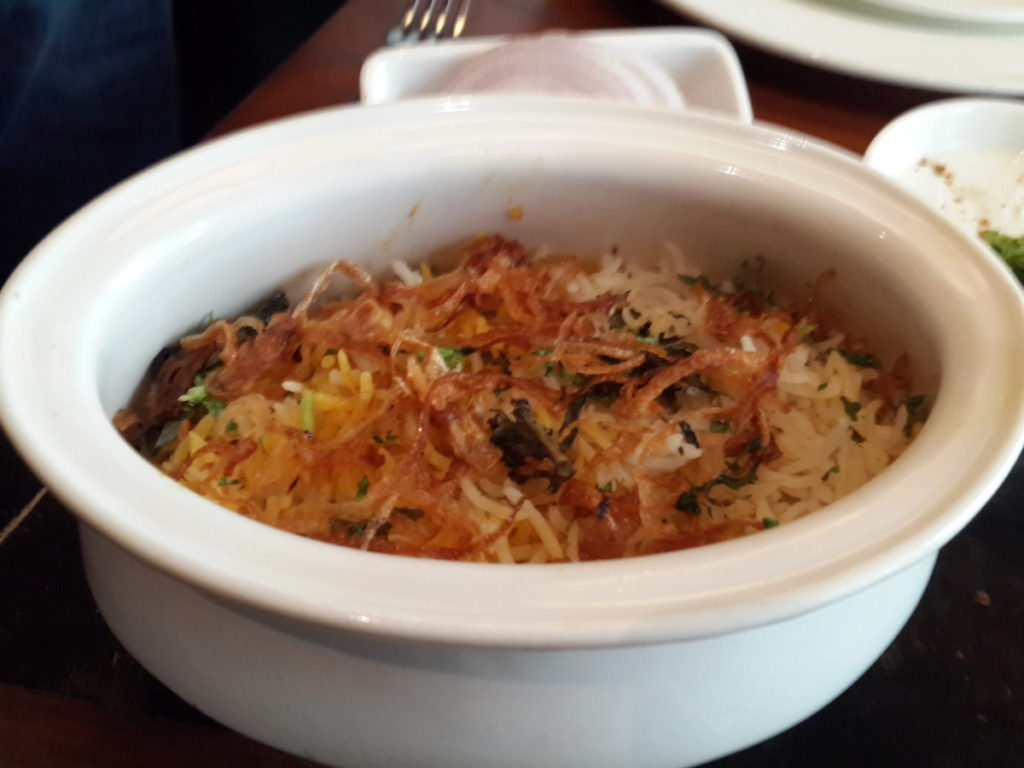 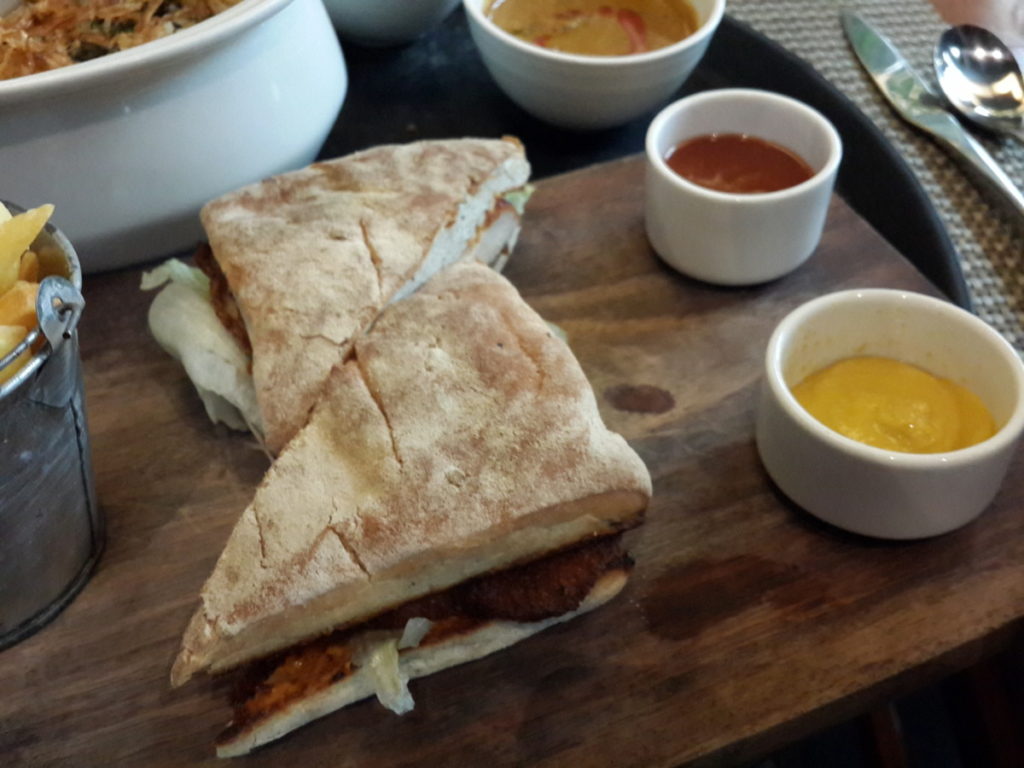 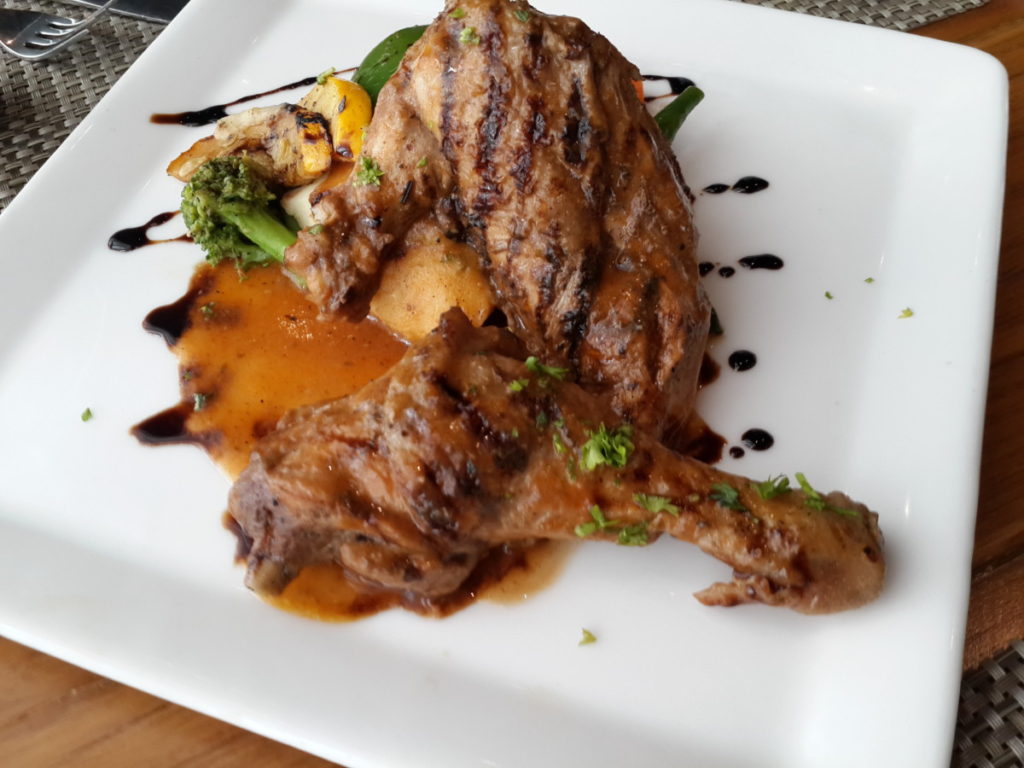 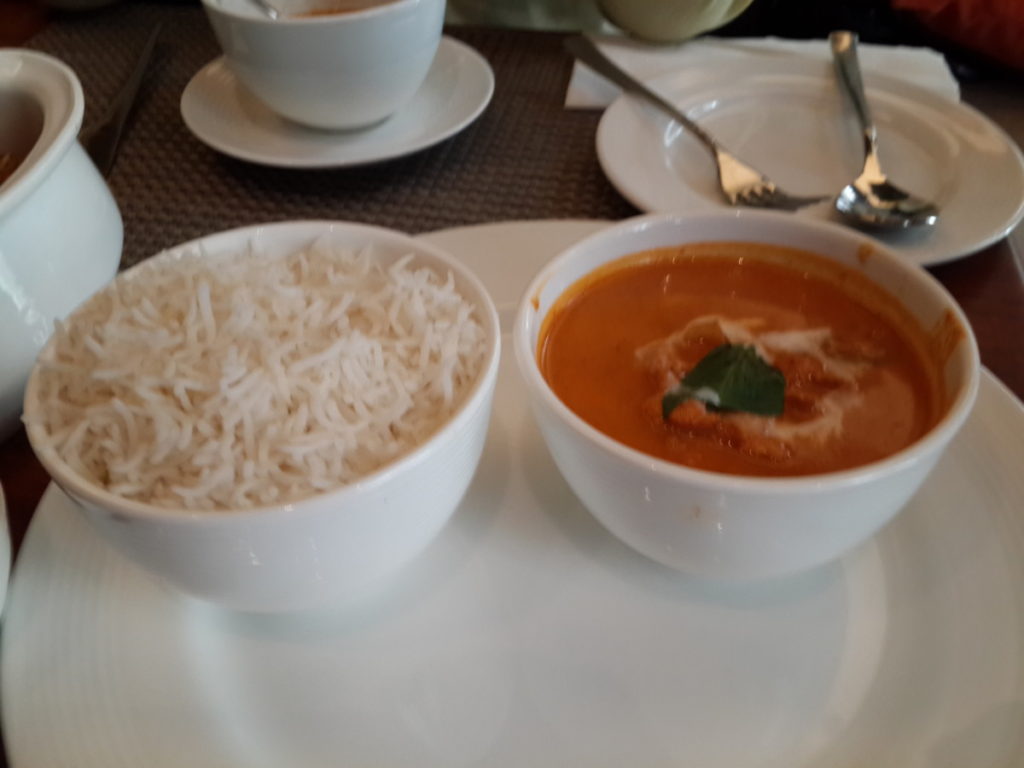 Desserts section had Gulab Jamun , Blueberry cheese cake & Ice creams. Both the desserts were okay but didn’t evoke a sense of wow or that craving to have it multiple times.

Overall : All the items served were good , live music by Shawn Pereira DoCarmo was pleasant and easy on the ears and not a single dish could be termed as bad at all which was wonderful. Kudos to the admins for executing a great event.

A special mention for the kitchen staff along with Chef Naveen Nagaraj that ensured that every dish sent across was tasty, appealing, presentable and photogenic. 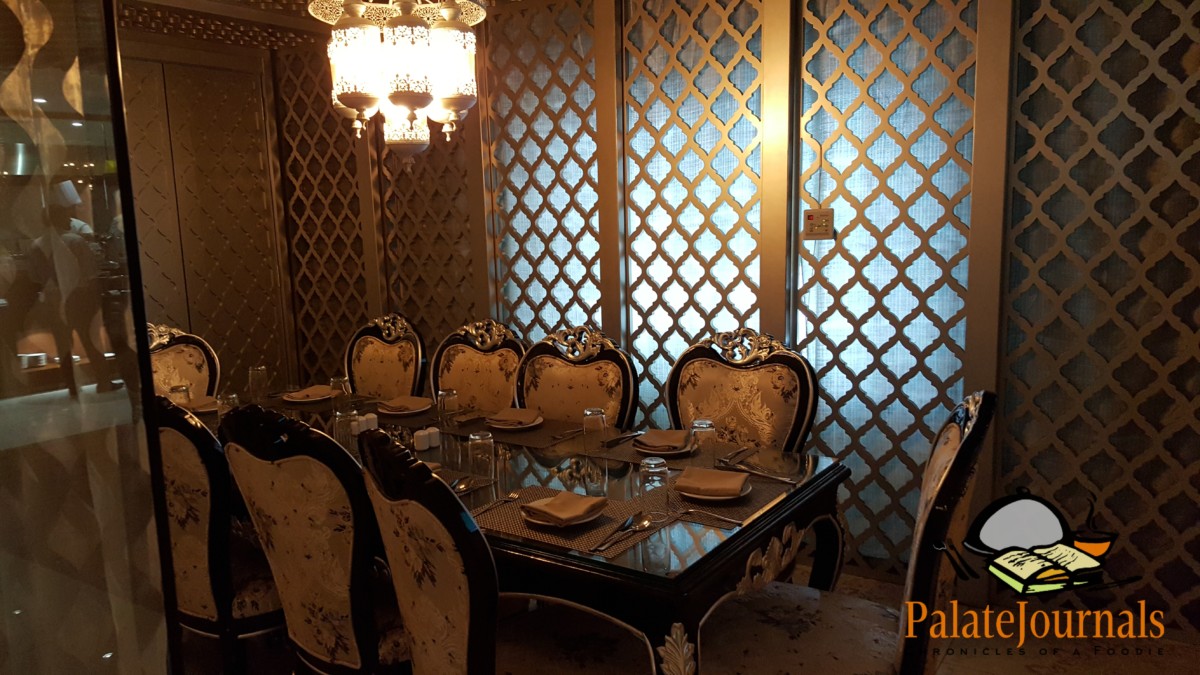 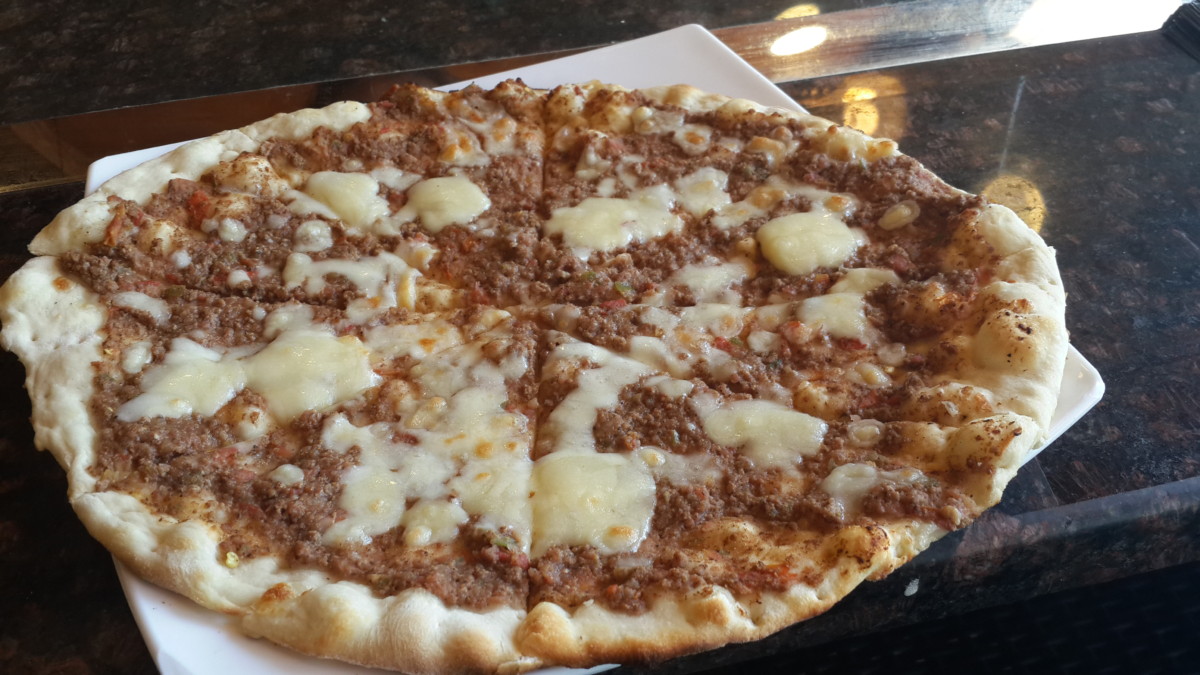 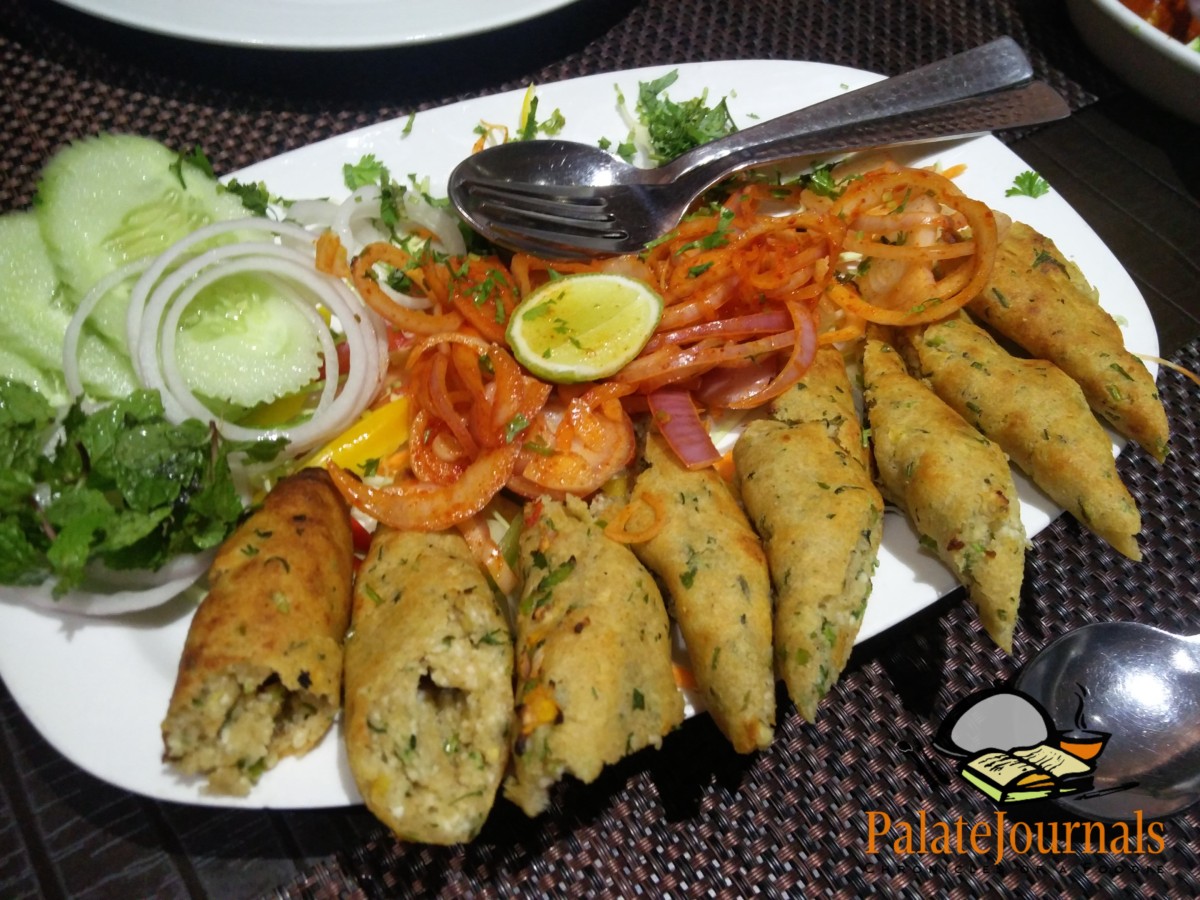